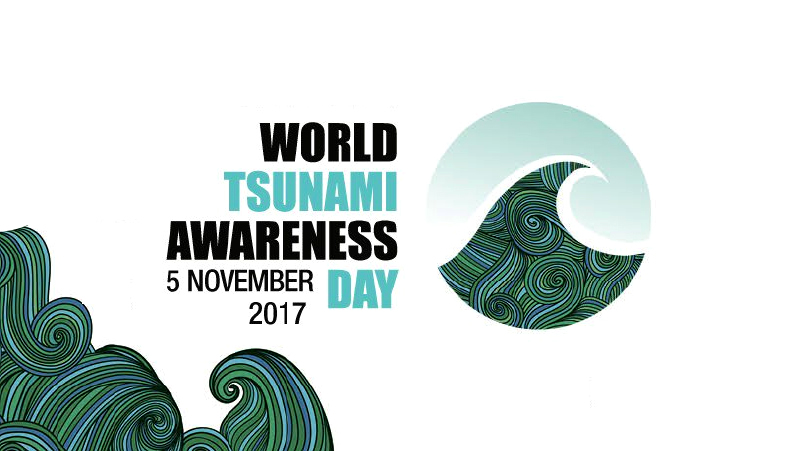 By UNISDR – The Americas

PANAMA CITY, Panama, October 02, 2017— In recognition of the ability of youth to impact policies and issues that affect their communities, the United Nations Office for Disaster Risk Reduction (UNISDR), through its Regional Office for the Americas, invites young people to raise awareness towards tsunamis risk by participating in the first "Youth Wave of Awareness". This initiative is carried out within the framework of this year’s World Tsunami Awareness Day, to be celebrated in November 5th, 2017.

How to participate: If you are between the ages of 18-34 or you still feel young, you can participate in a Youth Wave of Awareness by the following these steps:

Preparing a sign with the hash tag #WTAD17 and the name of your country.

Tsunamis are rare but they can affect a lot of people especially communities living in coastal areas. The 2004 Indian Ocean earthquake tsunami affected up to five million people in 15 countries. Tsunamis know no borders, making international cooperation key for deeper political and public understanding of risk reduction measures. In December 2015, the United Nations General Assembly designated 5 November as World Tsunami Awareness Day to promote a global culture of tsunami awareness.

For the second year in a row, the World Tsunami Awareness Day will align with the International Day for Disaster Reduction and the "Sendai Seven Campaign" This year the focus will be on Target B of the Sendai Framework for Disaster Risk Reduction, which aims at reducing the number of people affected by disasters globally.  Join us and spread the word about World Tsunami Awareness Day! Use the main hash tags #WTAD and #WTAD17.