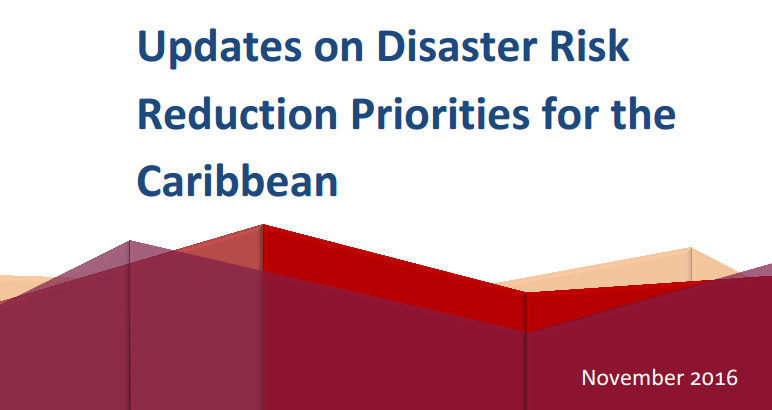 By: UNISDR The Americas

PANAMA CITY, Panama 23 February 2017— After setting national and regional disaster risk reduction (DRR) priorities for the Caribbean, Ministers from this sub-region will meet in Montreal to discuss with their counterparts in the Americas the priorities on this thematic area, for the upcoming years.

Mr. Ronald Jackson, Executive Director of the Caribbean Disaster Emergency Management Agency (CDEMA) states that the identification of these five priorities were very much defined through an analysis of the key priorities emerging from a Comprehensive Disaster Management Audit applied to six (6) of the Caribbean States. These priorities are not only contextualized within the four pillars of the CDM Strategy 2014-2024 but underscored the view that the CDM Strategy 2014-2024 is in congruence with the Sendai Framework 2015-2030 and is an excellent vehicle within the CARICOM Community for delivery of the Sendai Framework Priorities For Action.

The national and regional priorities were summarized in a report which was prepared within the framework of the CDM Signature Event: Annual Achievements and Priorities in Disaster Risk Reduction in the Caribbean which took place from the 23rd to the 24th of November 2016 in Barbados in collaboration with national, regional and international partners. The workshop's financial support was provided by the European Commission's Humanitarian Aid and Civil Protection department (ECHO) and the Austrian Development Agency.

In this sense, the priority areas identified will guide countries and organizations working in the Caribbean as for how to facilitate financial and technical support. These priority areas and actions are an input to overall regional priorities identified in the CDM strategy.

Since its publication, the Caribbean priorities guide DRR interventions in the region. ECHO for example is using the priorities to select the projects to be funded under the Humanitarian Implementation Plan for Latin America and the Caribbean 2017.

Special recognition must be made to those countries that supported the process by identifying and sharing their top-three national DRR priorities: Anguilla, Barbados, Cuba, Dominica, Grenada, Guyana, Haiti, Saint Kitts and Nevis, Saint Lucia, Saint Vincent and the Grenadines, Trinidad and Tobago, Turks and Caicos Islands, and Virgin Islands.

Mr. Ricardo Mena, head of the UNISDR Regional Office for the Americas, highlights that the Action Plan is currently being developed with the participation and inputs from governments and DRR stakeholders from throughout the Americas, including the Caribbean region. He emphasizes that this Action Plan will set the priorities on which the region will place its efforts in the next two year to reduce the impact of disasters.

Report: Updates on Disaster Risk Reduction Priorities for the Caribbean