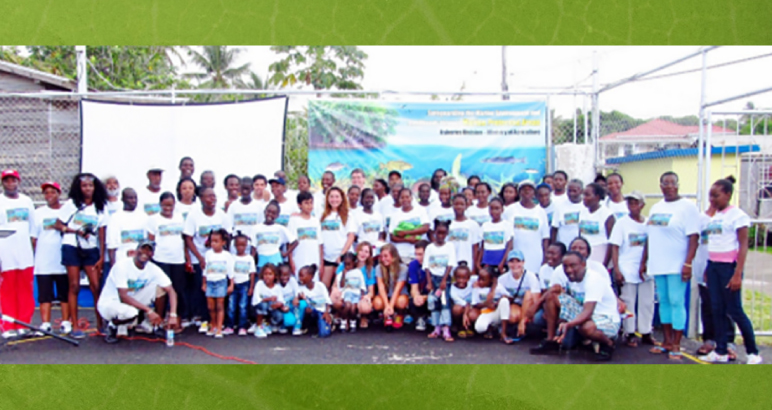 By: UNISDR – The Americas


PANAMA CITY, Panama 21 April, 2017- The International Mother Earth Day promotes education and action by empowering everyone with knowledge to inspire action in defense of environmental protection. This year's International Mother Earth Day highlights "Environmental & Climate Literacy". In this context, initiatives for disaster risk reduction (DRR) in the Caribbean such as the Caribbean "Road Show", the "Drought Petit Committee" in Dominican Republic and the "At the Water's Edge" (AWE) pilot project in Grenada, were developed and implemented within the framework of the Comprehensive Disaster Management Strategy for the Caribbean 2014-2024 (CDM) and the Sendai Framework for Disaster Risk Reduction 2015-2030. The aim of these initiatives has been to emphasize the importance of climate change awareness and action as key elements for resilience building.


Within this context, one of the initiatives of the Caribbean called the "Road Show" led by the International Federation of Red Cross (IFRC), was created to bring key DRR actors and implementers of community-based DRR programmes together in order to convey community resilience tools and its applications for different DRR scenarios at the regional and local level. During its stop in the Suriname, the "Road Show" featured a variety of tools for disaster risk reduction and mitigation such as the Caribbean Climate Change Adaptation (3CA) Toolkit.


In the Dominican Republic, the initiative called "The Drought Petit Committee" run by the consortium of FAO-PMA-Oxfam-Plan International, in association with the National Commission of Emergency, supported, the preparation of a plan for reducing drought-related disaster risks and resilience building to climate change as well as for increasing food security.

Further south in Grenada, the "At the Water's Edge" (AWE) a joint pilot project by the Nature Conservancy (TNC), Grenada Red Cross (GRCS) and the Grenada Fund for Conservation (GFC) demonstrated how an integrated Ecosystem Based Adaptation (EBA) approach can be used to build resilient island communities by empowering people to assess the social, ecological and economic risks of climate change through awareness and science-based innovative practices.


These initiatives were supported by the European Commission's Humanitarian Aid and Civil Protection (ECHO) trough the DIPECHO programme in the Caribbean. These activities are part of the 50 good practices, tools and initiatives for DRR which were compiled in the "Disaster Risk Reduction Achievement 2016" booklet prepared by the United Nations Office for Disaster Risk Reduction (UNISDR), through its Regional Office of the Americas.


The Mother Earth Day and the Sendai Framework

The International Mother Earth Day recognizes a collective responsibility as called for in the 1992 Rio Declaration, to promote harmony with nature and the Earth to achieve a just balance among the economic, social and environmental needs of present and future generations of humanity.

This year's International Mother Earth Day theme "environmental & climate literacy" provides an opportunity to raise public awareness around the concept of climate change and its unprecedented threat for our planet.

The Sendai Framework for Disaster Risk Reduction 2015-2030 recognizes climate change to be one of the drivers of disaster risk. Thus, many of the 50 initiatives for disaster risk reduction run by the DIPECHO programme throughout this past year directly addressed the importance of including climate change in DRR activities in order to successfully create resilient communities.