EU funding for disaster preparedness in the Caribbean 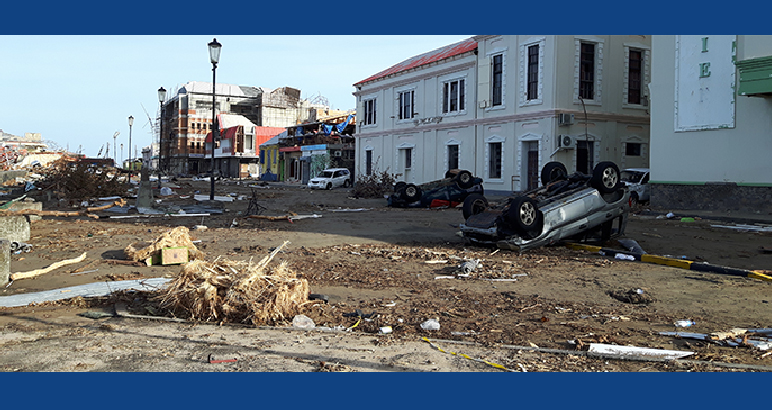 The Caribbean island of Dominica was one of many to be devastated in September 2017 by category 5 hurricane Maria. © EU/ECHO 2017

In the aftermath of hurricanes Irma and Maria, which wreaked havoc across the Caribbean in September 2017, the European Commission has mobilised an additional €3.3 million to support preparedness initiatives that will help countries in the region to avert future crises.

"It was just a few months ago when the Caribbean islands had to endure the devastating effects of catastrophic hurricanes. These disasters highlighted the vulnerability of these countries to natural hazards, which are only getting worse and more frequent as a consequence of climate change. The EU is committed to invest in emergency preparedness and response to minimise the impact of future disasters," said Commissioner for Humanitarian Aid and Crisis Management Christos Stylianides.

The Caribbean region is surrounded by several tectonic plates meaning that it is particularly vulnerable to severe, recurring natural hazards. The new funding will support preparedness initiatives in the region and will be used to enhance local water and sanitation response capacities in Haiti to help local teams provide immediate, high-quality response in emergencies, including in case of epidemics.

The €3.3 million comes on top of the €61 million for disaster preparedness the EU has allocated to the Caribbean since 1994.

These events took place after an extreme drought, a consequence of the El Niño weather phenomenon, which has affected over 6 million people in Caribbean countries since 2015. Between 2015 and 2017, Commission-funded response interventions worth €14 million in Haiti, the Dominican Republic, and Cuba helped to mitigate the impact of the drought on people's livelihoods, food security, and health.