Daule, Ecuador: A region caught between drought and floods

Every year, hundreds of hectares of land and crops are devastated by floods alternating with drought in Ecuador's Daule region

A rice field in Ecuador's Daule region. Rice is the only commercial crop grown in the region and small farmers depend on it for their own survival. Every year, Daule's rice fields get devastated by drought or flooding. The field in the photo luckily escaped the damage. © AVSF 2015

A vast rice granary near the Pacific coast. Next year, the situation may even get worse due to the extreme weather phenomenon 'El Niño'. Floods and drought have enormous consequences on the livelihoods and supplies of small farmers who depend on their rice crops for survival. The European Commission, through its Humanitarian Aid and Civil Protection department (ECHO) is currently funding Agronomes et Vétérinaires sans Frontières (AVSF) to help local populations better prepare for emergencies, making them more resilient and trying to limit damage caused by disaster.

Read more about the disaster preparedness work of the European Commission in South America. 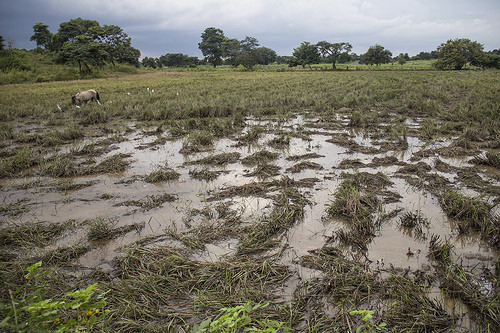 During the winter of 2014-2015, the Daule river overflowed, destroying many rice fields. The ‘El Niño’ phenomenon, characterised by rising temperatures of surface sea water which interact with the atmosphere and cause extreme events in various parts of the world, is having a worsening effect on the floods and droughts which hit the Daule's region. © AVSF 2015 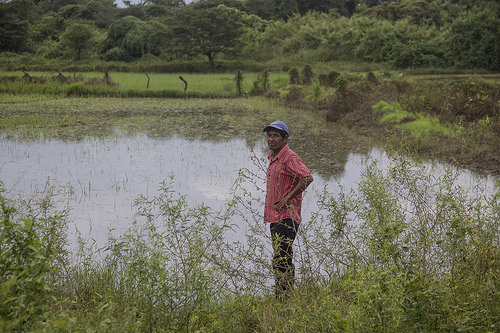 The risk of severe floods has increased for 2016, due to the 'El Niño' phenomenon, which is expected to be the strongest on record, surpassing the 1997-1998 'El Niño of the century'. Floods can wipe out up to 70% of the yearly income of a family in Daule. In the photo, a farmer from Daule surveys his ruined rice plot. With the support of the European Commission, Agronomes et Vétérinaires sans Frontières (AVSF) is promoting techniques and crop varieties which can help farmers better prepare for extreme weather events. © AVSF 2015 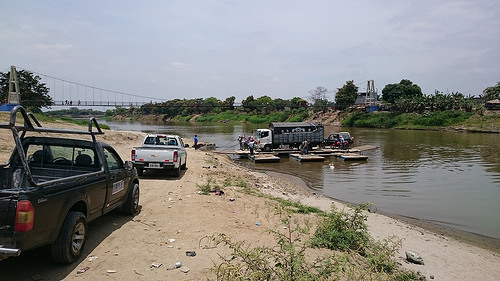 People of the parish of Isla de la Paz ('Island of Peace'), in Daule, are forced to use flatboats to cross the river with crops, fertilisers, foodstuffs and other essentials, as bridges get damaged by the recurrent floods. When the river overflows, access to market is even more difficult, leaving communities isolated and economically vulnerable. © European Union/ECHO/H. Avril 2015 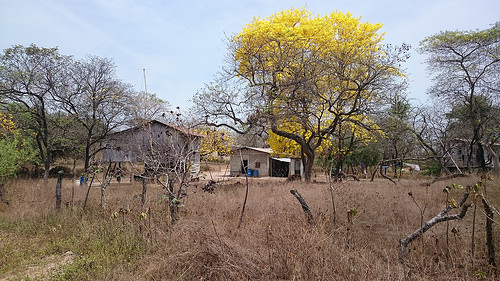 Daule faces also recurrent droughts. For months, even water for residents’ own household consumption is scarce. Remote communities, such as in Isla de la Paz, depend on small streams and shallow wells. But during summer, water must be hauled in by truck. © European Union/ECHO/H. Avril 2015 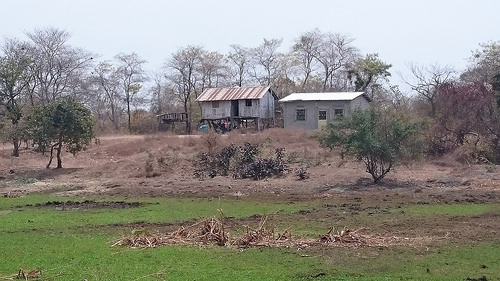 Farmers get water for their crops from the Daule river. Yet in times of drought, the river does not provide enough water. In the photo, a destroyed crop left place to an arid wasteland. Through agro-ecological techniques, the European Commission in partnership with Agronomes et Vétérinaires sans Frontières (AVSF) promotes sustainable fertility management for farmers as a way to increase resilience of the fields. © European Union/ECHO/H. Avril 2015 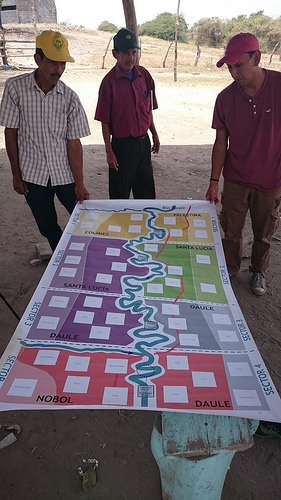 Agronomes et Vétérinaires sans Frontières (AVSF) uses role-playing games to simulate a typical harvest season for local farmers, elected officials and public servants. The activity allows both residents and institutions to better understand the need for cooperation and holistic management of water resources, if they are to save their crops. © European Union/ECHO/H. Avril 2015 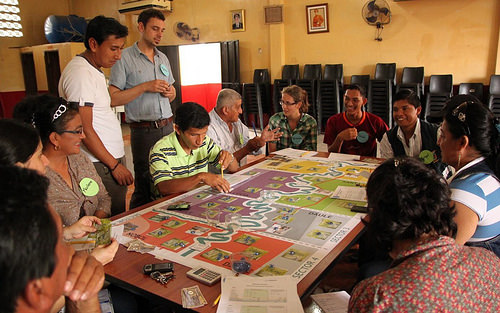 Educational role-playing games are a successful tool to bring stakeholders around the same table, make them understand their role in disaster preparedness, and jointly strengthen the collective resilience of the community. The experience gained through the games helps communicate the complexity of flood management and can also feed academic research to find appropriate solutions. © AVSF 2013